The Factory 14U Wilson 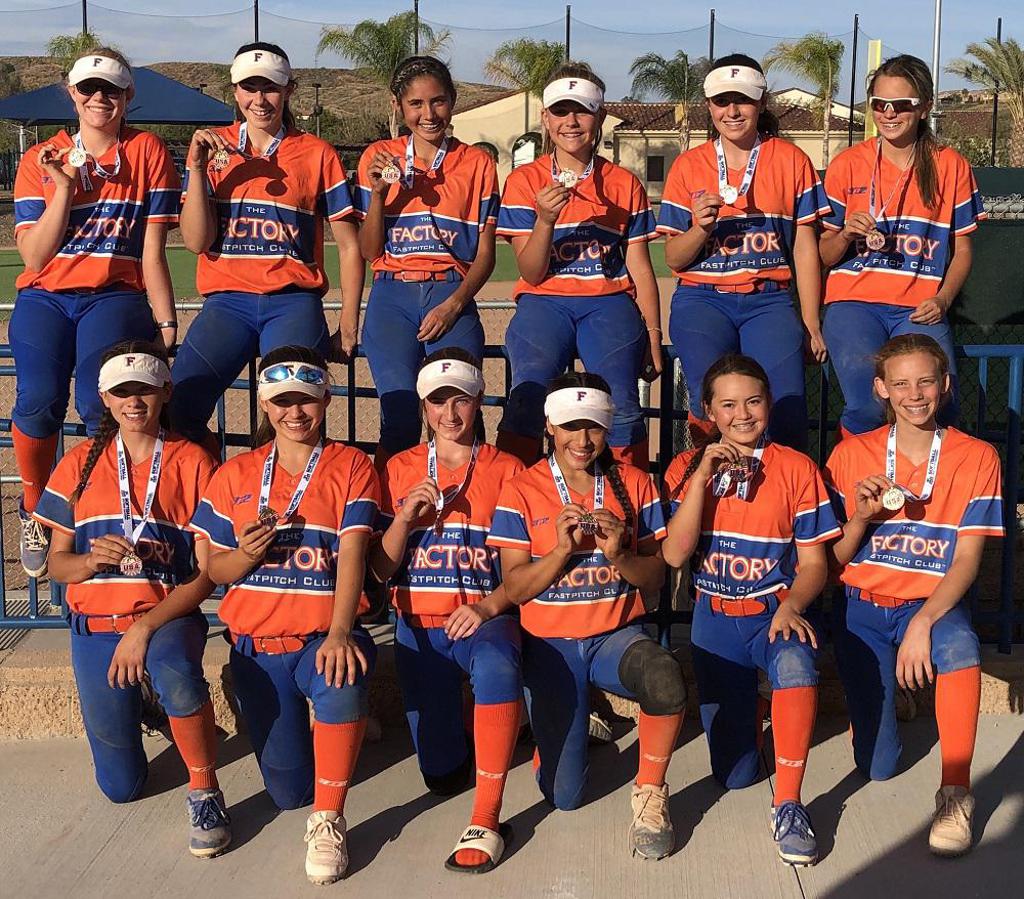 Recent The Factory 12U Black News

The Factory Fastpitch Club would like to congratulate Jessica Moore (2020 – 3B/OF) from The Factory 18U Premier team on her recent commitment to continue her education and softball career at the University of Puget Sound.

Jessica attends Temescal Canyon High School where she is a member and letter winner on the Titans softball team. She is an excellent student athlete carrying a 4.0+ GPA and is ranked in the top 10% of her graduating class. One of her most impressive accomplishments is that she has served over 400 hours of community service!

While playing with The Factory, Jessica has been a key component to her team’s success. She is a leader on the field and she backs that up with tremendous defensive skills and versatility. She is one of the leading hitters on her team and can hit for power and average. One of her many highlights include her Factory 16U Gold team finishing 2nd place in Colorado in the 16U Open Division in 2019.

Jessica has worked very hard at her game and her recruiting process the last few years and it paid off big.  In addition to softball, Jessica plans on studying business with a minor in graphic design while at Puget Sound. She is very excited to start working with Coach Dressel, the staff and her new teammates.

Congrats and Keep up the Hard Work!

The EC Bullets would like to congratulate Courtney Williams (2021 – 1B/3B) from the EC Bullets California 18U Gold on her recent commitment to continue her education and softball career at Missouri Southern State University.

Courtney is an excellent student-athlete at Coronado High School where she is finishing her junior year. She currently holds a 3.6 cumulative GPA and has been named to the ISF All-Academic team in basketball this year.

At Coronado High, Courtney has lettered in softball and basketball every season and been named to the All CIF DIII Second Team as a freshman and sophomore in softball. She led her team in RBI’s as a sophomore and batted .474 while helping her team to win the City West league title going 21-0-1 in league. She helped her Islander basketball team to a runner-up finish in league in 2019.

Courtney has been an important player for her club teams on the EC Bullets and The Factory. She is an elite defensive first baseman and also a powerful run-producer at the plate. In 2019 she competed on the 16U team that won a championship at the TCS World Series in Park City and also played with the 2020 team that finished T13th in the PGF National Championship. She was also a member of the Factory 16U Black team that was runner-up at Champions Cup and T17th at PGF Nationals in 2018.

Courtney had several opportunities to continue her education and softball career. MSSU is an outstanding choice and we look forward to watching you play and grow at MoSo!

Congratulations CoCo and keep up the hard work!

Taylor has been an impact player for the EC Bullets as she is very versatile and athletic. She plays shortstop, second base and outfield for the Bullets and is also a dynamic offensive player as a triple threat hitter from the left side with game changing speed and power. This Fall, she hit .446 with 25 stolen bases and 27 runs scored helping her team to a 27-7-1 record and winners of the USA Preps National Championship.

Taylor is a junior at San Pasqual High School where she earned first team All-League honors as a sophomore in 2019. She was also voted her team’s offensive MVP. Taylor is an outstanding student as well. She has made the Assistant Principal’s Honor Roll at San Pasqual as a freshman and sophomore.

Taylor had several options to continue her academic and softball career and ultimately, Coach Palmer and her amazing staff at UCR were the perfect choice. We are very happy for Taylor and her family and look forward to watching her play college softball here in SoCal.

Keep up the hard work!